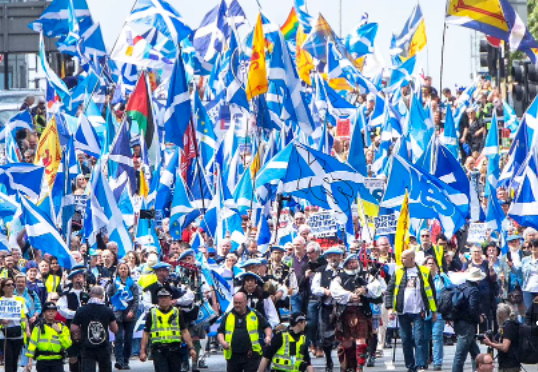 In a ridiculous assertion, Reporting Scotland’s Andrew Kerr suggests that the SNP Government is somehow in a minority with, ‘of course’ as he put it, the Scottish Greens.

So, is he saying that the Scottish Tories, Labour and Lib Dems along with the nightclub owners constitute some majority of opinion?

Remember most of their MSPs were rejected by constituencies and sneaked in on the list.

Remember the SNP and Greens have an overall majority in Holyrood.

Only? Only misrepresenting the facts.